About What the Street!?

Some behind the scenes info on What the Street. 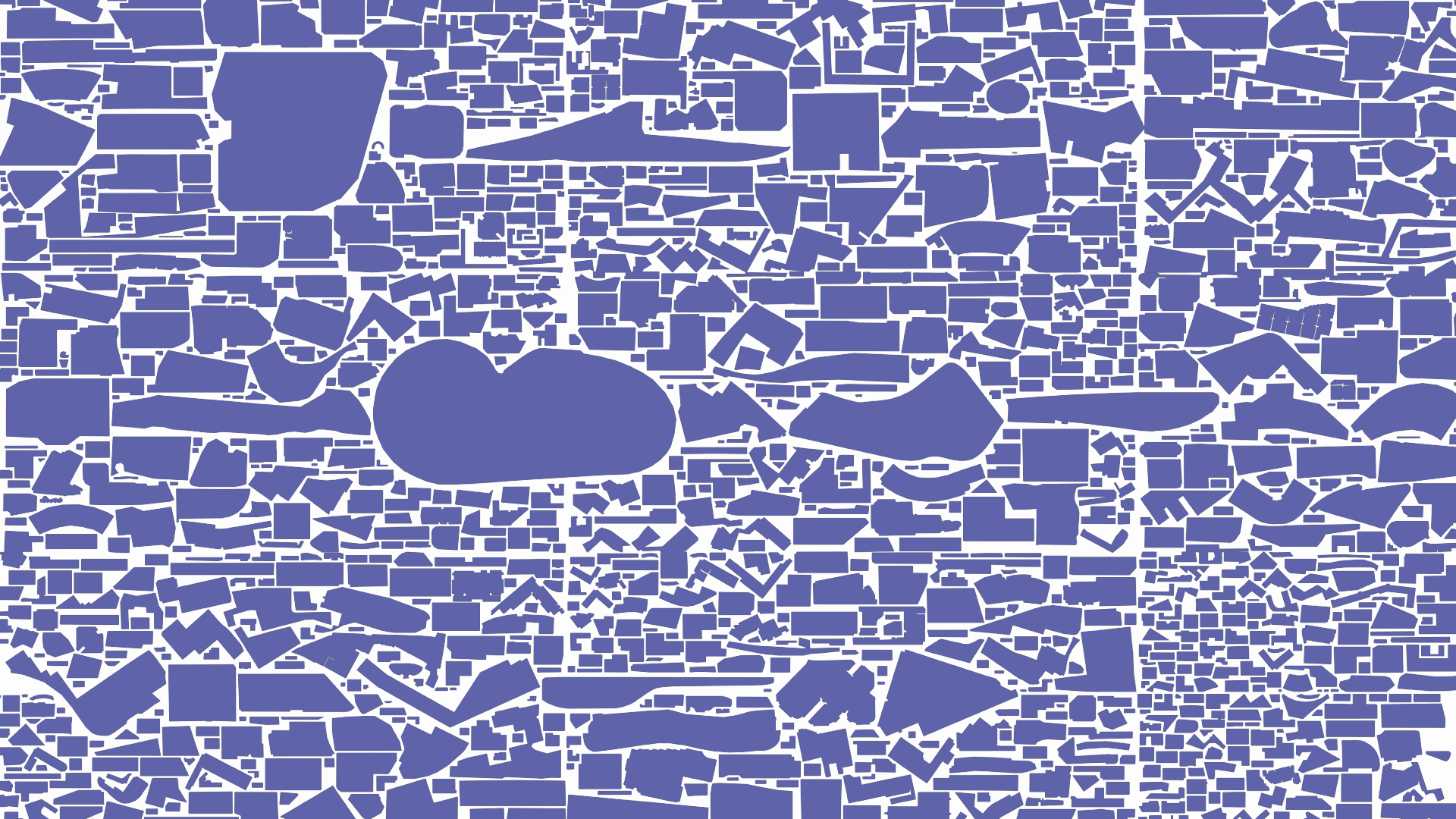 About What the Street!?

If you take a snapshot of Berlin from space on a typical time of the day, you see 60,000 cars on the streets and 1,200,000 cars parked. Why are so many cars parked? Because cars are used only 36 minutes per day, while 95% of the time they just stand around unused. In Berlin, these 1.2 million parking spots take up the area of 64,000 playgrounds, or the area of 4 Central Parks.

If you look around the world, wasted public space is not particular to Berlin - many cities have the same problem. But why is so much space wasted in the first place? How "fair" is the distribution of space towards other forms of mobility like bikes and trams? Is there an arrogance of space? If so, how could we raise awareness or even improve the situation?

Who "owns" the city?

Let us first look at how much space there is in a city for moving around, and how it is allocated between bikes, rails, and cars. With What the Street!? - The Mobility Space Report, we set out to provide a public tool for exploring this urban mobility space and to answer our questions systematically, interactively, and above all, in a fun way. Inspired by recently developed techniques in data visualization of unrolling, packing, and ordering irregular shapes, we packed and rolled all mobility spaces into rectangular bins to visualize the areas they take up.

The resulting shapes give a mesmerizing, never before seen perspective of urban spaces:

Exploring these spaces in detail, we found some real gems

Rockaway beach, on Rockaway peninsula, New York City. What a nice green space next to the beach, seems like a lovely place...

How HUGE? Those tiny specks are cars! Also notice the skid marks? Looks like someone had fun.

Looking at particular spaces is fun, but how do they compare? By making sure that we packed and rolled different spaces to take up a similar area per pixel, we made different modes of transportation directly comparable, as in a giant bar chart in which the brush is made up of real street and parking spot shapes.

The arrogance of space: How to understand the mobility triangle.

The mobility triangle shows how people move in each city - how much by car, bike, or public transport. Each dot stands for one city. A dot in the top triangle means people in that city only move by car, a dot in the bottom right corner means they only use bikes, and a dot in the bottom left corner means they only use public transportation like trams. A dot in the very middle means an even share of 33.33% of every these three forms of transportation is used. This is called the "modal split" - based on data that is regularly measured and available for most cities.

To each dot, we attached a second dot that shows how much space a city has allocated for moving around with this particular transit mode. In total these are all the parking lots and street areas you can explore in What the Street!?, condensed into one single data point. If first and second dots coincide, this would mean that city space is allocated in a fair way towards all forms of mobility: cars, bikes, and trams. All of them get the same fraction of space that they "deserve" from their usage.

In reality, however, the triangle shows that space is allocated somewhat unfair: cars get much more space than they "deserve" - and bikes typically get much less. On top of that, the problem is even worse than it looks: Cars having more infrastructure will encourage more people to use a car, which in turn will encourage city planners to invest into more car infrastructure - after all, people seemingly want more cars!

Vice versa for bikes: poor bike infrastructure deters people from biking and enjoying its superior health benefits, encouraging city planners to invest even less into bikes. The only way for city planners to break this vicious cycle is accounting for all the system-wide societal (especially health-related and economic benefits) of each form of mobility, and taking decisive action.

Breaking up the Republic of Parking...

Looking back on the initially example of Berlin, we count over a million cars parked in the city. On average the luxury of individual mobility (by car) is limited to a few moments of our everyday life - there is a huge untapped potential for optimization to be exploited.

Car-Sharing concepts aim at exactly this inefficiency in car-ownership. By participating, users can access a public fleet of vehicles and rent it for a given time. Mobile technology enables ad-hoc access to these modes of mobility.

With autonomous driving cars just on the technological horizon, this inefficiency in car ownership can be exploited even further! Self-driving vehicles don’t need to park anymore. Hence, in an optimal shared mobility scenario parking-garages would become a thing of the past, allowing us to conserve up to 93% of all parking spaces!

… if it were only be that easy

Of course a delicate, multi-modal balance will need to be found between different forms of transportation. Self-driving, shared cars will not be the ultimate solution to all our transportation problems. Instead, simple geometric arguments imply that cars will always be less efficient space-wise than bikes or traditional mass transportation and that we should prioritize walking and these proven forms of mobility. However, cars might still be of use in the future, for example in last mile scenarios, connecting train stations to homes.

Simple geometric arguments show that between car, bus and bike, the car is by far the most inefficient one, space-wise. Making cars shared or autonomous does not change this fact.

Pitfalls to look out for future urban planners include induced travel - mis-prioritizing cars and forgetting about bikes and trams, you might end up with more traffic, less space, and even more problems! Further, getting rid of all parking spaces will not work out well - with self-driving cars we will still need hop-on/hop-off zones.

Limitations and caveats of What the Street!?

What the Street!? is a playful way to explore urban spaces. The project raises no claim to completeness or scientific rigor due to a few issues with data availability. Here we explain all our "executive decisions" on why we did or did not consider certain data points, and which of the conclusions should be taken with a grain of salt.

First, the global coverage of OpenStreetMap (OSM) data is spotty, as it relies completely on user input - like a wikipedia of maps. While data quality of OSM is pretty good in several parts of the world, it is less good or non-existent in others. This is the well-known issue of the digital divide, which is not unique to OSM but a general mirror of global social inequality. We would have loved to include an array of cities from all parts of the world, unfortunately we had to limit ourselves to a eurocentristic perspective. It is up to all of us to improve OSM data quality outside of Western countries. In case you do not find your favorite parking spot or street represented, just go to www.openstreetmap.org and add it - it's easy!

Overlaps in modes and modal split

If we were supposed to visualize all mobility spaces, then where are all the footpaths? We completely agree that walking is the best form of moving around to cover short to medium distances, and that cities should be as walkable as possible. The decision to not include footpaths followed several considerations:

A second issue is the overlap of areas between different modes of mobility. For example, how should we count streets to which paint has been applied to visually delimit a bike lane on the side but where nothing else was changed? In this case, we decided to only consider designated, physically separated, bike lanes (highway=cycleway, bicycle=designated, or cycleway=track) but not lanes that lie within the roadway such as cycleway=lane, see formal definitions. We did so because bike lanes that are merely identified by paint constitute at best political tokenism, at worst they are death traps for cyclists due to double-parked cars or negligently opened car doors, especially in countries like the USA that do not have a humane traffic culture.

Similarly, tram tracks should be ignored as they overlap with road spaces. However, due to the historic nature of trams we decided to make an exception and to include them. Finally, streets are not only used by cars but also by buses which are public transportation. Unfortunately an explicit separation is difficult with the given data, and would have complicated our "clean" distinction between bike tracks, rail tracks, and streets. Therefore, we consciously ignored this issue in favor of simplicity.

This overlap is also an issue in the mobility triangle, visualizing the modal split as cycling, public transport and private motor vehicle. Again, modal overlaps are silently ignored, and buses are counted as public transport but do take up road space, not rail track space.

On-street and off the grid parking, and reporting bias

Further, we might be missing parking houses, underground parking spaces, etc., as OpenStreetMap sometimes does not collect this information. Or if it is collected, these spaces should be excluded (or multiplied?) because they take away no space (or more space in case of a parking house?). In any case, if we can make the assumption that the bias in reported car spaces is similar to the bias in reported bike and rail spaces, at least the spaces between different modes of transportation are statistically comparable.

For bikes, when only capacities but not areas (polygons) were given in the OSM data, we assumed 0.8m x 2m = 1.6m2 per bike. For the on-street parking spots of cars, we assumed 12m2 per car. These dimensions might vary from country to country and location to location but seem to be a reasonable approximation.

Here we give a human-readable overview - for the complete technical workflow and for reproducibility see the project readme.

Car parking spaces are polygons, which are first tilted up, i.e. rotated to reach minimum width, then packed via SVGNest into vertically stitched bins to allow scrolling. The polygons of bike parking areas we rotated horizontally instead, due to their much smaller dimensions, and generated rectangular polygons for the bike parking spots which were given by only a single node and a capacity tag. The resulting SVGs contain some meta-data such as area, or longitude and latitude for interactive mapping.

Coiling of streets and lanes is done using self-written graph algorithms. Utilizing the osmnx python package we first cut streets into non-branching components, i.e. into line segments, and translate all segments into one long segment. Then the segments are coiled. Animations shown in What the Street!? then play the reverse process.

Why is it that lanes are coiled so loose in some cities, but so tight in other cities? The short answer is: Because math. The long answer is that mapbox, the mapping platform we use, works only with Web Mercator, a conformal projection. Such projections are not area-preserving, meaning that areas of far-off objects are not comparable. This is the reason why, for example, in Singapore, our coils are 4 times tighter than in Helsinki, because the area encoded in one pixel of a Singapore parking spot is equivalent to 4 pixels in a Helsinki parking spot.

...then check out the following artists who inspired us:

and support OpenStreetMap at https://donate.openstreetmap.org/ - without it this project would not have been possible!